News in is that the new book about that naughty Dubai vampire is going well.

Inside sources can reveal some parts and chapters already taking shape...

Our investigative reporter the lesser-admired Sir Spliff (of Swallow Falls) has gone undercover to give you this story.

Okay; the Dubai vampire...yeah man; I have got into Dubai and found out some heavy-stuff man ... Wow! Man it is hot here 45c ..okay..
Like this book - right, is about - like a vampire that lives in Dubai ... Okay man; first off, it is seriously hot out here and no decent vampire would cope with it.
So it looks straight away like a hoax (sound familiar folks?)

I am not here to put the book down man but give a spliff-head a break on this ... look here at some of the claims the Dubai vampire is onto man.

One - he bites people ... ho ho pass me some more Mexican-Gold dude...........(wow! that was bonkers-heavy man) ... so right; we have a vamp that bites .., and  I can see the pen marks guys!! ha  ha caught them out ... they must think you out there are stupid if you believe this tosh (they have to get up early to con Sir Spliff!! ....of Swallow Falls) Remember my title and use it you peasants. Now I once used the old pen marks to fake some fang bites on an old-flame of mine ... a real pro-fakers job it was too (or am I not supposed to say that??) I am getting confused again man ... where’s the Mexican? I need a top-up. 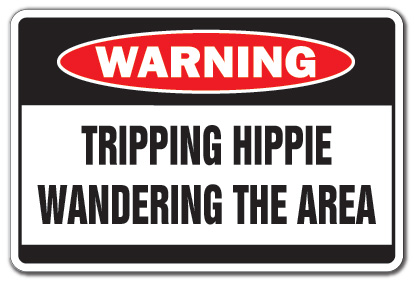 The local school in Dubai had a competition to make up a funny mask and that seems to be in the book now ... I mean, man ... what a hoax and we have not reached chapter 2 yet guys!! Me, I’m the paper mache expert and copyright is mine (oh no man was I not supposed to say that too?)

The author of this hoax-book says he has already staked a few vamps in Dubai!! Oh really; well this investigative reporter (yours truly, Sir Spliff ) is not to be fooled I can tell you.

How can this author steak a vampire I ask? He is a vegetarian?? [ed – eerrr, Sir Spliff, sorry to butt in but could you ease up on the Mexican Gold?? It is STAKE not Steak as in food]

...oh yeah of course(thanks man) well then I shall resume........;
Now if you are going to believe this crap what does it tell you about the people involved? They are a bunch of con artists and will be forever that. I think they may well go on to be complete b/s merchants..

What gets me guys is that I (Sir Spliff) have tracked down the author, (well nearly – I’m in the right country at least)  a certain...[ed – ‘comrade’ Kev] who used to be our own..."Brother Kevin in the struggle" .. as we called him and emailed him and wrote to him in such terms (now the evil one) who exposed a friend of mine who should be World President, not exposed for what it he is behind his constructed image.

So how can we believe a book on Vampires by Comrade Kev ?? But your loving reporter (Sir Spliff of Swallow Falls) has  even more damning news about  Comrade Kev … I will try my best to tell you this but my emotions are such I can just about type this .. [ed - Sir Spliff sorry to bother you again but the Mexican Gold is wearing off try some wine then you can get back to babbling your thick head off]

...oh man....thanks...wine..whoops! Sorry I dribbled over myself, in anticipation of the red nectar dropping down my gaping gob.

Guys, guys, guys - that ‘Comrade’ Kev is going to FRANCHISE the vampie gig all round the world! What a capitalist venture that my good friend Herman Goering .. (well not his real name but he is as fat as Goering so I thought it would fit!)..is the only one to con people and earn mega-bucks....read on guys... 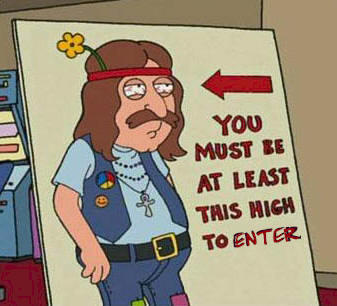 You can now buy a franchise (Kev’s calling a ‘Fangchise’ the commie desert rat)  and have your own ‘area vampire’ … you might like the "Tokyo Terror" or maybe ... the “Bournemouth Bloodsucker” - you can also now buy stick on tattoo vampire bites...so my pen marking days are numbered ... no need for me to pen mark vampire bites when you can get a stick-on tattoo. I better find something else to do to make myself indispensible, apart from keeping  my trap shut and leaving Goering my house in my will. Since the mother in law struck him off he’s been really persistent about that …
To your reporter (Sir Spliff) this smacks of a con from start to finish.
I refer you back to this joker staking a vampire ... I mean man, this Comade Kev is not even a "Magister" … he didn’t even want to be an acolyte … so how can he mess with things occult-ish?

He goes swimming, cycling and running everyday.....so what time does he have to do the occult gig?

My good friend "Magister" does though, he has all the time in the world since he joined the ranks of the great unwashed. He is the dogs-bollocks on occult stuff guys ... and what bollocks! He is full of it I can tell you.

Hey guys, sorry to interrupt this bulletin but I think I better lie low a little bit now … there’s some dudes coming over all dressed in black carrying batons and riot shields and giving my lunchbox the eye … I think they want some of my special cake man … wow things are getting heavy, don’t they know I am English and can do what I like??? “God and King Richard!” I shall cry …. Man that didn’t go down too well …  signing off … need time to clear my head man … better lie down and get some R and R … got to catch some ZZzzzzs …need time to plan … just got to get Kev back to Bournemouth somehow … my promotion depends on it … your insipid reporter …. Sir Spliff
Posted by Raggety at 14:30